Common Types of Regenerative Medicine in Use

Kawaii Keyboards That Are Easy to Use and Adjustable

Can You Sleep With A Wig Install?

The American economy has proven to be a beacon for free enterprise and capitalism around the world. However, like most other global economies, America has experienced recessions and downturns throughout history. In many cases, the United States government has been forced to intervene and prop up the economy to save it from failure. Some legislative responses have helped circulate money, and others have helped create jobs and invest in American businesses.

In the wake of the Great Depression in the 1930s, Congress and President Franklin Roosevelt passed The New Deal initiatives. This series of acts helped prop up the citizens and businesses hit hardest by the economic crash. In 2008, the Great Recession saw the economy falter again, and Congress and President George Bush passed the Economic Stimulus Act to send $600 stimulus checks to American taxpayers. President Obama went even further with the American Recovery and Reinvestment Act to focus on job creation, infrastructure investment, and temporary relief programs.

Most recently, the COVID-19 Recession saw the entire global market come to a halt due to a worldwide pandemic. By April 2020, more than 23 million Americans had filed for unemployment, and the stock market had significantly contracted. To combat the economic troubles, the U.S. government sent taxpayers a stimulus check of $1,200. Over the next two years, two more stimulus checks would be sent out, and the government would invest an unprecedented amount of money to help support the economy. So, what is a stimulus check, and how does it work? Let’s take a look at these government-issued funds.

What is a stimulus check? 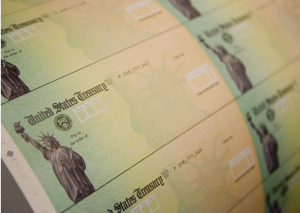 When an economy is on the verge of collapse, it sometimes requires the intervention of governmental authorities to help stabilize the situation. As discussed, in a few instances, Congress and the President have sent out stimulus checks to help boost the economy. Stimulus checks are direct payments made by the IRS to American families. In response to the recent COVID-19 economic concerns, the Trump administration and the Biden administration sent a total of three checks out over two years. Certain income limits were placed on the Bush, Trump, and Biden stimulus checks to determine eligibility.

How do stimulus checks work?

Stimulus payments are issued by the IRS, just like tax refunds. The funds arrived as paper checks in the mail for some taxpayers, and others received the money through direct deposit. The funds were issued as a refundable tax credit for Americans. This means that instead of getting the deduction on your individual tax return, the amount equal to the credit was sent directly to Americans. The COVID-era stimulus payments totaled $3,200 for most Americans across the 2020 and 2021 tax years. Parents also received additional funds for each eligible child dependent. The funds don’t have to be paid back as they were considered a tax credit, just like any other claimable tax benefits.

How do you get a stimulus payment?

To make things as quick and easy as possible, the IRS issued funds based on the most recent tax return available. The amount of stimulus funds received was based on income levels, with the highest earners receiving little or no payment. Based on tax return information, the funds were automatically sent to the most eligible taxpayers. In some cases, people who didn’t file t axes or others with tax issues may not have received a payment. The IRS allowed those people to claim the unreceived funds as a tax credit on their returns to reduce the amount of taxable income. During the 2022 tax season, filers may claim a tax credit for unreceived funds from the final stimulus payment in 2021. 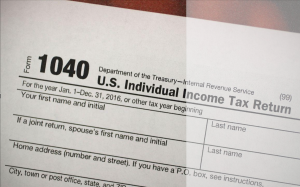 Stimulus payments and government interventions have served as a lifeline for many Americans in the face of uncertain economic times.

Previous Article15 Creative Cushion Covers That Will Catch anyone’s Eye online
Next Article Why do cats love olives so much?

Maxxis Tyres one of Top 5 Tyre Brands in Australia

Renovating the kitchen: some things to think about

Common Types of Regenerative Medicine in Use

Kawaii Keyboards That Are Easy to Use and Adjustable

Can You Sleep With A Wig Install?

Maxxis Tyres one of Top 5 Tyre Brands in Australia